Foreign Minister, Sameh Shoukry, stressed in his speech during the Security Council meeting to discuss the Renaissance Dam file via video conference, “Egypt brought the issue to the Security Council in order to avoid more tensions, so that there are no unilateral moves that undermine peace, and to protect the rights of the downstream countries.”

And to the text of the word:

Mr. Ambassador, Permanent Representative of France to the United Nations.

The President of the Security Council for the month of June 2020.

At the outset, I would like to congratulate the President of the Council on his wise leadership and management of the work of the Security Council at a time when the world is witnessing unprecedented challenges and crises.

I also thank Mrs. Rosemary de Carlo, Under-Secretary-General of the United Nations, for her statement.

This is, rightly, a turbulent period in the history of humanity, where we face an imminent danger and a malicious enemy that has claimed an untold number of human lives, and has inflicted upon us unprecedented economic suffering and caused life to stop throughout the world, but while we face the catastrophe of this global pandemic and reveal our fragility Our situation is, we must remember our common belonging to humanity.

After all, despite the multiplicity of cultures and beliefs, and the diversity of nations and peoples, we are one human family, and to achieve its well-being we must transcend narrow interests and work to uphold the bonds of solidarity between the parties of our global community.

The issue that I am reviewing with you today is related to a matter of great concern for the Egyptian people, and it is a matter that requires, as is the case with efforts to confront the current pandemic, that we adhere to the spirit of cooperation among us, and recognize that nations do not live in isolated islands, but rather that we all belong to one community, Are associated with a common destiny.

An existential danger has appeared that threatens the young women on the only source of life for more than 100 million Egyptians, namely the Ethiopian Renaissance Dam, this huge project that Ethiopia built on the Blue Nile, which could endanger the security and survival of an entire nation by endangering it by threatening its only source of life.

While we appreciate the importance of this project in achieving the development goals of the Ethiopian people, which is the goal we support and support, it is necessary to realize that a project of this size, which is the largest project to generate hydroelectric power in Africa, threatens the capabilities and presence of millions of Egyptians and Sudanese.

Therefore, the filling and operation of the dam unilaterally, and without reaching an agreement that includes the necessary measures to protect the communities in the two downstream countries, and to prevent serious harm to their rights, will increase tension and could spark crises and conflicts that threaten stability in an already troubled region.

Hence, it is important for the Security Council to consider this issue as the forum that the international community has assigned a unique responsibility to maintain international peace and security. A region suffers from a degree of fragility. We are confident that the Security Council, in carrying out its duties and fulfilling its responsibilities, will give all due care and work actively to address any situation in which unilateral measures are taken that could undermine the principles on which the international system is founded and which are enshrined in the Charter of this organization.

As a responsible country, Egypt has decided to submit the matter to the Security Council to avoid further escalation and to ensure that unilateral measures do not undermine the chances of reaching an agreement on the Renaissance Dam, or prejudice the rights and interests of the downstream country, or, more seriously, endanger the lives of more than 150 million citizens. Egyptian and Sudanese danger, in a way that exacerbates tension in an unstable region.

Therefore, we see the convening of the Security Council session today as a positive step, as it reflects the commitment of the members of the Council in carrying out this main organ of the United Nations of its responsibilities as stipulated in the Charter of the Organization.

We in Egypt live in the most arid regions of the Nile Basin, and our country is the scarcest in water on Earth. This harsh reality confines us to no more than 7% of our lands, and to a narrow green strip and fertile delta in which millions reside, as the average per capita water is about 560 cubic meters annually, which puts Egypt on the list of countries that suffer from water scarcity according to standards International.

On the other hand, God has loved our brothers in Ethiopia with abundant water resources that include average rains of 936 billion cubic meters annually of water, in addition to the basins of 11 other rivers, some of which are shared with neighboring countries, and they are the resources that provide endless opportunities for cooperation and integration Regional.

This all means that if the Renaissance Dam is filled and operated unilaterally, and in the absence of an agreement that benefits all and protects the lives and livelihoods of the communities of the two downstream countries, this may exacerbate the difficult hydrological reality and put millions in Egypt and Sudan at risk.

At the same time, we are committed to working tirelessly to support the efforts of our brothers in African countries, especially the Nile Basin countries, including Ethiopia, to achieve prosperity; This is confirmed by the long history of constructive cooperation between Egypt and those countries in implementing many development projects; Including building dams, rain-harvesting projects, drilling wells and removing weeds that hinder river flow.

This reflects our steadfast belief in our common destiny as Africans, and confirms our conviction that the Nile is not a monopoly of Egypt or pure ownership of any other riparian state for this river, but rather a common heritage and a sacred deposit for the good of all our peoples.

Therefore, during nearly a decade, Egypt engaged in painstaking negotiations over the Renaissance Dam, and our goal during these arduous negotiations was to reach a fair agreement that would enable Ethiopia to achieve its legitimate development goals and at the same time reduce the adverse and harmful effects of this dam on the societies of my country. The estuary, and we worked and made efforts to reach this agreement so that Ethiopia would benefit from the development capabilities of this dam while reducing its risks to both Egypt and Sudan.

In conclusion, Mr. President, I would like to reiterate that we are ready to make every effort to reach an agreement on the Renaissance Dam. Therefore, I invite my friends and colleagues in Ethiopia and Sudan to summon the spirit of brotherhood and kinship that binds our countries and peoples, to uphold the established truth with our unity and interdependence, and to seize the opportunity before us to formulate our destinies, rewrite our history, and chart a new path of peace and prosperity for our peoples. 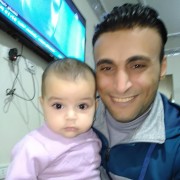 South Africa before the Security Council: We will not accept any unilateral move on the Renaissance Dam